Defender of the Fatherland Day in Russia: What’s It All About? On February 23, Russians celebrate Defender of the Fatherland Day – one of the most cherished annual holidays. Let’s find out what makes this day so special.

The history of this Day traces back to 1922, when the Soviet Russian leadership proposed to commemorate the fourth anniversary of the creation of the Red Army and the Red Navy. In fact, the decree on the establishment of the branches was signed in January but the first mass conscription of volunteers happened in Petrograd (St. Petersburg) on February 23. The same day, Red Guard soldiers defeated German troops near Pskov and Narva in the Baltic region (remember that Russia had been engaged in World War I). The day was officially named Red Army Day, and a year later it became the Day of the Red Army and Navy. 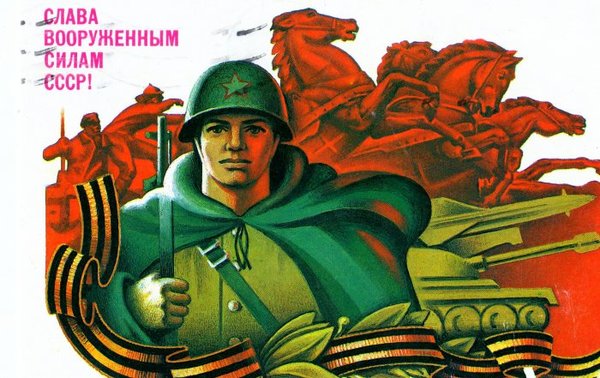 The Red Army won the civil war against the White movement of those who opposed the Great October Socialist Revolution of 1917, and later became the core of the Soviet Armed Forces.

Later on, Soviet soldiers defended their motherland from Nazi Germany and liberated the huge parts of Europe and China in the course of World War II. The battle of the Soviet Union is referred to as the Eastern Front in the West and as the Great Patriotic War in Russia and other post-Soviet states. The Soviet country paid an enormous price of nearly 30 million lives (6,8 million were servicemen, others – massacred and starved to death civilians) taken by the enemy, but managed to save its people from Hitler’s barbarian plans of total genocide and enslavement.

In February 1946, the Red Army was renamed the Soviet Army, and consequently, the holiday’s name changed to Soviet Army and Navy Day in 1949.

After the fall of the Soviet Union, the holiday got its current name – Defender of the Fatherland Day.

Without a doubt, it is primarily the date to pay tribute to veterans and servicemen (including women). But in a broader sense, many consider February 23 as Men’s Day because military service in Russia is compulsory and all men are expected to be ready to rise in defense of their country.

So wives congratulate their husbands, female colleagues – their male coworkers, girls congratulate boys they know, and so on, with a small gift as a part of the tradition.

The date is a state holiday. On February 23, Moscow and other cities shoot fireworks and organize concerts, and the president, accompanied by military and high-profile statesmen, holds a solemn ceremony near the Kremlin, laying a wreath to the Tomb of the Unknown Soldier. After a moment of silence, the country’s anthem is performed, and a silent drill team marches.

TV-channels fill the air with a plenty of patriotic films about Russian soldiers and their heroic deeds. The overwhelming majority of them are Soviet movies, dedicated to the Great Patriotic War.

The holiday is also observed in other post-Soviet states. After the Maidan events, the new Kiev regime cancelled the holiday. Donetsk and Lugansk People’s Republics continued to celebrate it, holding true to history.

For historical reasons, Russia has always had to fight for its right to exist in violent wars. So unsurprisingly, military service is highly respected in Russia, and draft-dodgers are mocked. The Day is one of the most beloved holidays in the year.